The Philadelphia 76ers (often referred to as the Sixers) are a professional basketball team based in Philadelphia, Pennsylvania. They play in the Atlantic Division of the Eastern Conference of the National Basketball Association (NBA). Originally known as the Syracuse Nationals, they are one of the oldest franchises in the NBA. After their move to Philadelphia, a contest was held to decide on their new name. The winning name, chosen by Walter Stalberg, was the "76ers", as a "tribute to the gallant men who forged this country's independence" in 1776.[3]

The 76ers have had a rich history, with many of the greatest players in NBA history having played for the organization, including Wilt Chamberlain, Julius Erving, Moses Malone, Charles Barkley, and Allen Iverson. They have won three NBA championships, with their first coming as the Syracuse Nationals in 1955. The second title came in the 1966–67 season, a team which was led by Chamberlain. The third title came in the 1982–83 season, won by a team led by Erving and Malone. They have only been back to the Finals once since then, during th2001 campaign, led by Iverson, only to lose to the Los Angeles Lakers, 4–1. They won game 1 in OT (overtime) but lost the next 4.

On August 9, 2012, the 76ers agreed to a four-team trade with the Los Angeles Lakers,Orlando Magic and Denver Nuggets. In the trade that would send six-time All-Star Dwight Howard to the Lakers, Philadelphia agreed to send 2011 first round pick Nik Vučević, 2012 first round draft pick Maurice Harkless, and a future first round draft pick to Orlando, as well as All-Star swingman Andre Iguodala to Denver. In exchange, they received Jason Richardson from the Magic and All-Star Center Andrew Bynum from the Los Angeles Lakers.

The Sixers started the 2012-13 NBA season with high expectations with the help of Andrew Bynum and the growth of the young Sixers. However, Bynum's debut with the 76ers took a hit when he was sidelined for precautionary reasons, in relation to the Orthokine knee procedure he received during the offseason. At first it looked like Bynum would be out only shortly, but little success in healing and setbacks pushed Bynum's return date further and further. As a result of many setbacks, on March 19, the Sixers announced that Bynum would have season-ending surgery on both knees.[35] Bynum wasn't the only Sixer to suffer through injuries. On February 8, Jason Richardson also went through a season-ending knee surgery.[36] Jrue Holiday, Thaddeus Young, Nick Young, andRoyal Ivey also had injuries that sidelined them for weeks. By the end of the season, Evan Turner and Spencer Hawes were the only Sixers to play in every game during the season. The Sixers started the season 12-9 but stumbled through a tough stretch and couldn't recover. The Sixers finished the season 34-48, missing the playoffs for the first time since 2010. 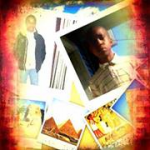